A History of our self catering cottage 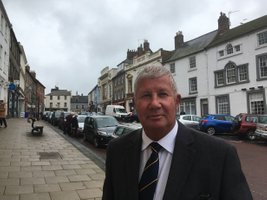 My name is John Haswell and I am the owner of Oil Mill Lane holiday cottage which is situated in the heart of historic Berwick-Upon-Tweed. I moved to Oil Mill Lane in 1984 two years after the property was built.

My first recollection of the building was when it was very different, as a painter and decorator I worked on the property next door around about 1975, it was then a very sorry looking property as the roof had fallen in and all that was left were very thick walls surrounding the place and an old wooden door that type with studs in it . I was able to look down into the property from the top of my ladders and all that was on the inside was a pile of rubble and smashed roof tiles. The property was then demolished and two new purpose built apartments stood on the old site.

Moving forward to 1984 I was lucky enough to buy the upstairs apartment while the downstairs apartment had been turned into a holiday let. In 1998 I bought the ground floor apartment which had changed hands and had been used for long term letting, it now needed a lot of work done to it as the previous occupant had been a heavy chain smoker of 150 cigarettes a day and owned a cat. Being a much loved and expensive cat , an American Coon, the owner didn't let it do what cats normally do and go out at night, this was a house cat and used a cat litter box indoors. Which left a distinctive odor of cat and cigarettes so the apartment had to be completely gutted, a new kitchen, bathroom with separate shower and redecorated before I could open as Oil Mill Lane holiday cottage in 2000.

The garden had been lawn , partially paved and used to flood when we had heavy rain and the reason why I discovered when I decided to get rid of the soggy grass and lay paving blocks and have raised beds made with cobbles. There had been only 12 inches of soil laid on the old concrete base floor of the old building when it had been a furniture warehouse many years before.

In 2002 I entered the property into the Northumbrian Awards Scheme Competition and we were awarded runner-up for the best Self Catering Holiday Accommodation in Northumberland. At that time for some unknown reason most of our holidaymakers came from the Nottingham area and the apartment did very well with almost 30 weeks being booked per year.

In 2010 I ran out of space in the little Courtyard garden and decided to install a staircase and railings up and around the top of my garage roof so we could move up and make use of it as a sun deck. I then started to grow vegetables in large pots and in 2012 a portable greenhouse was added to try growing tomatoes and cucumbers. Courgettes runner beans peas radishes and salad greens filled up the large pots and the holidaymakers seemed to like the idea and when I grew Kelso Onions they were amazed at the size of them.

I have had many very interesting guests over the years who come from all over the world Australia, New Zealand, Tasmania, Canada , Portugal , Germany, Israel , Sweden and Hong Kong. A regular holiday couple had taken photographs of the garden and they kindly sent me a painting of the garden which I have framed and it now hangs in the hallway.

Christmas time and the apartment gets dressed up with its own Christmas tree and decorations and was a big hit with one couple who once they had stayed for a Christmas holiday booked before they completed their break for the following year and ended up staying for the next five years. They loved their stay so much they decided to move from Yorkshire to live in Berwick-upon-Tweed and moved to a lovely house in Tweedmouth.

The apartment was again available for Christmas and New Year 2017 and has again been continually booked by a couple who came over from Canada to visit her mum, which was put on hold because of Covid. With both of these long term which is very nice.

Find us on Google Earth by clicking here. 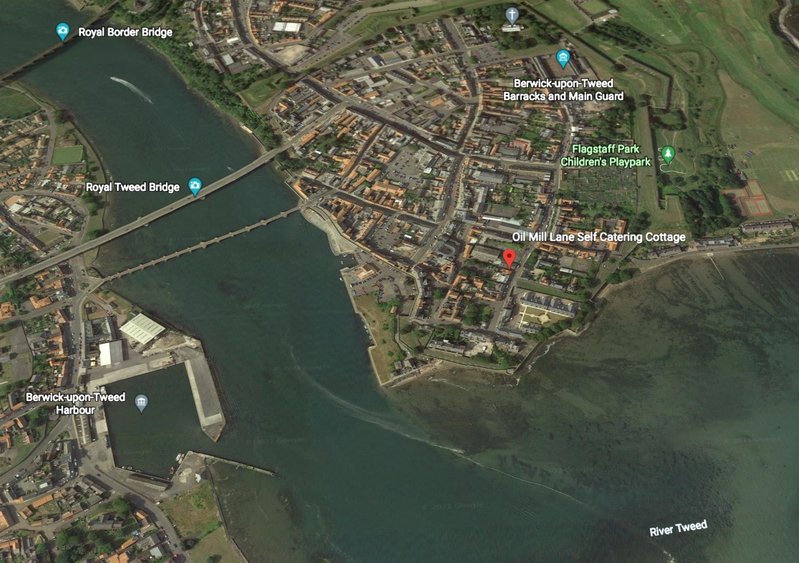 PERFECT PLACE FOR YOUR NEXT VACATION

Our luxury self catering holiday cottage, located within Berwick-Upon-Tweed's imposing town walls, makes an ideal base for exploring Berwick as well as enjoying day trips farther afield. A three-minute stroll takes you into the heart of this historic Border town, while a short drive can take you either north into the Scottish Borders or south into Northumberland and its famous Heritage Coast.